Katarína Spyra (née Jánošíková in Slovak Republic) finished her studies at the IES in 2007 as a Doctor of Philosophy. She began gathering work experience while a student in KPMG. First as an intern and later as a supervisor, in the field of financial advisory service. At KPMG, Katarína spent 6 years altogether. Between the years 2011 and 2013, she was a reporting specialist for Luxury Brand Management, which she did part time because of her maternity duties. In 2015, Katarina moved with her family to Switzerland. In 2016, she started working for LRJ Capital, a CEE-based fund investing in start-ups, and for one of its investments, a start-up Exponea where she became head of finance. In late 2017, she started working full-time for Honeywell International as a Senior Finance Analyst, currently in the position on interim team leader.

Katarína also managed to finish another Master studies, at Central European University in Budapest, spent a semester at University of Applied Sciences Eisenstadt in Austria in 2004 and another one at University of Bath, School of Management Bath in Great Britain in 2002.

Katarína in her free time enjoys her family and traveling. 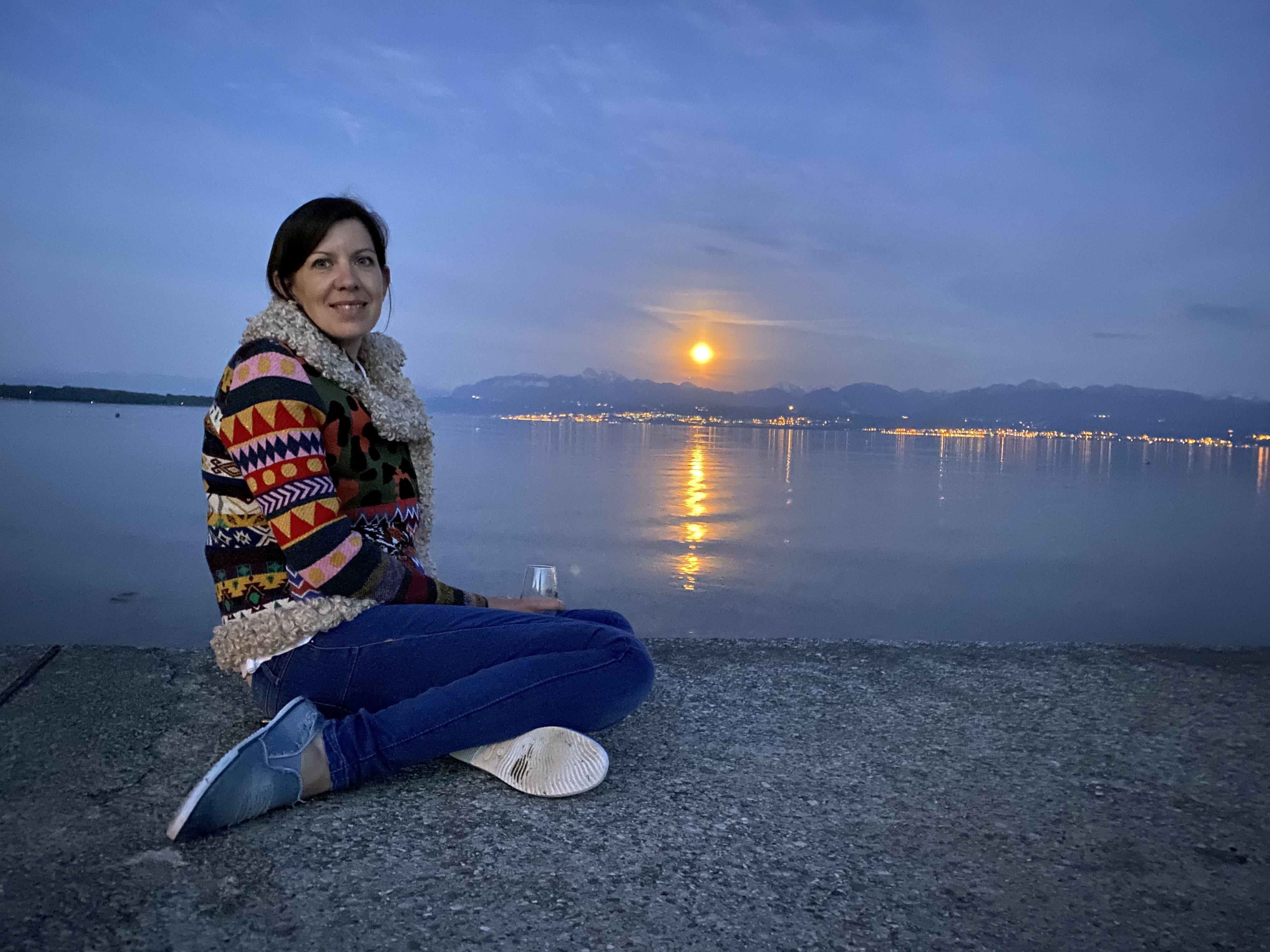 Besides the IES, Katarina studied at CEU – Central European University. What was the major difference between those two schools?

My major at the CEU was in International Relations and European Studies, not Economics. Since I was 15, my focus in the studies was on finance, economics. The CEU was an opportunity to try a different track and a challenge if I can live in the world based less on numbers. After the year in Budapest, I returned happily to exact calculations and continued in the studies on IES, it is a world in which I feel more confident.
The CEU was a great experience in terms of academic life. I enjoyed the discussions in and outside the class and intensity of the studies, there was not really much time to focus on anything else.

What about your career, which of your positions was determining for you? What influenced you when choosing your current career?

I would call the time I spent in KPMG as determining. It gave me a solid basis in terms of approach to work and problem solving as well as a broad range of experience – I was in transaction advisory and participated in projects ranging from valuations, through due diligence work to full M&A transactions. At the same time, I realized I would like to move from project-based work in finance to work for one company, to be able to see how it develops over a longer period of time. That is why I moved to the other side of corporate finance.

You worked during your maternity leave. Was it difficult to combine both? How did you manage your time as a “working mum”? Did you have some help, or did you manage it all by yourself?

I worked on both maternity leaves. It was relatively easy during the first one, when I had only my son, as I could work most of the time from home and I was able to adjust most of the work hours to his needs. It was at the cost of my free time but for me it was a much-needed change from the mum duties.

During the second maternity leave, we already lived in Switzerland and the start-up I worked for was based in Bratislava. Even though I worked from home most of the time and the kids were already partially enrolled in the childcare, I had to fly there regularly and at this point, it was not possible without help, partly from my husband but we also found a nanny to help us out.

You worked a while for “luxury brands”. Was it somehow different than ordinary jobs in consultancy? It sounds really “posh”….

In “luxury brands”, my focus was on reporting of two foreign modelling agencies belonging to the portfolio. It was not so posh, but more about finding a way how to communicate together as our perspectives were so different.

How would you describe your job of Financial Planning and Analysis Team Leader? What do you like the most on your job?

What I like most about the financial planning and analysis is the story telling behind the numbers. I have to say that I’ve been learning lots of planning lessons now during the COVID-19 period. Assessing its impact on the aerospace industry is very challenging indeed.
I also like that the job has its relatively regular rhythm which helps with planning of the family time.

You live with your family in Switzerland. Why did you choose particularly this country, and how is it living there?

We followed my husband’s job opportunity in the French speaking part of Switzerland. It has been a challenge, in terms of language, being far from our families and starting from scratch. We got used to the lifestyle and the environment quickly, the region has international spirit and is a great place to raise the children. I also found the job here which helped me find my place.

How do you spend your time in “corona”? Do you enjoy it, or do you pray for the end?

It has been a challenging period, I guess as for every parent who needs to combine work, childcare and household. At the same time, we spent a lot of time with the kids, ordinary time which was special in a way. But I’m happy we are slowly returning to some sort of normality.

What do you in your free time?

We like to travel; spending a lot of time in the Swiss nature but also discovering the regions around us. This year, we already have many plans with discovering Swiss mountains under the tent.