Kateřina Křehlíková Klubíčková comes from Hradec Králové. She graduated from the IES with PhDr degree in 2013. A year later, she also gained a master's degree in Economics at the University of Cambridge. During her studies at the IES, Kateřina also spent a semester at the University of Amsterdam in the Netherlands thanks to the Erasmus program.

She started working during her studies already, firstly as an analyst for the National Economic Council of the Government (NERV) and in the last year of her master's studies at the IES she begun the internship in the audit of financial institutions at KPMG. After graduating from Cambridge, Kateřina joined the European Central Bank's three years graduate program, where she subsequently worked in three areas of central banking. After a brief time at the Czech National Bank, she took up a supervisory position in 2018 in the direct banking supervision section of the ECB (Directorate General Systemic & International Banks). Kateřina currently still works at this position.

In her free time, Kateřina likes hiking, baking and gardening. 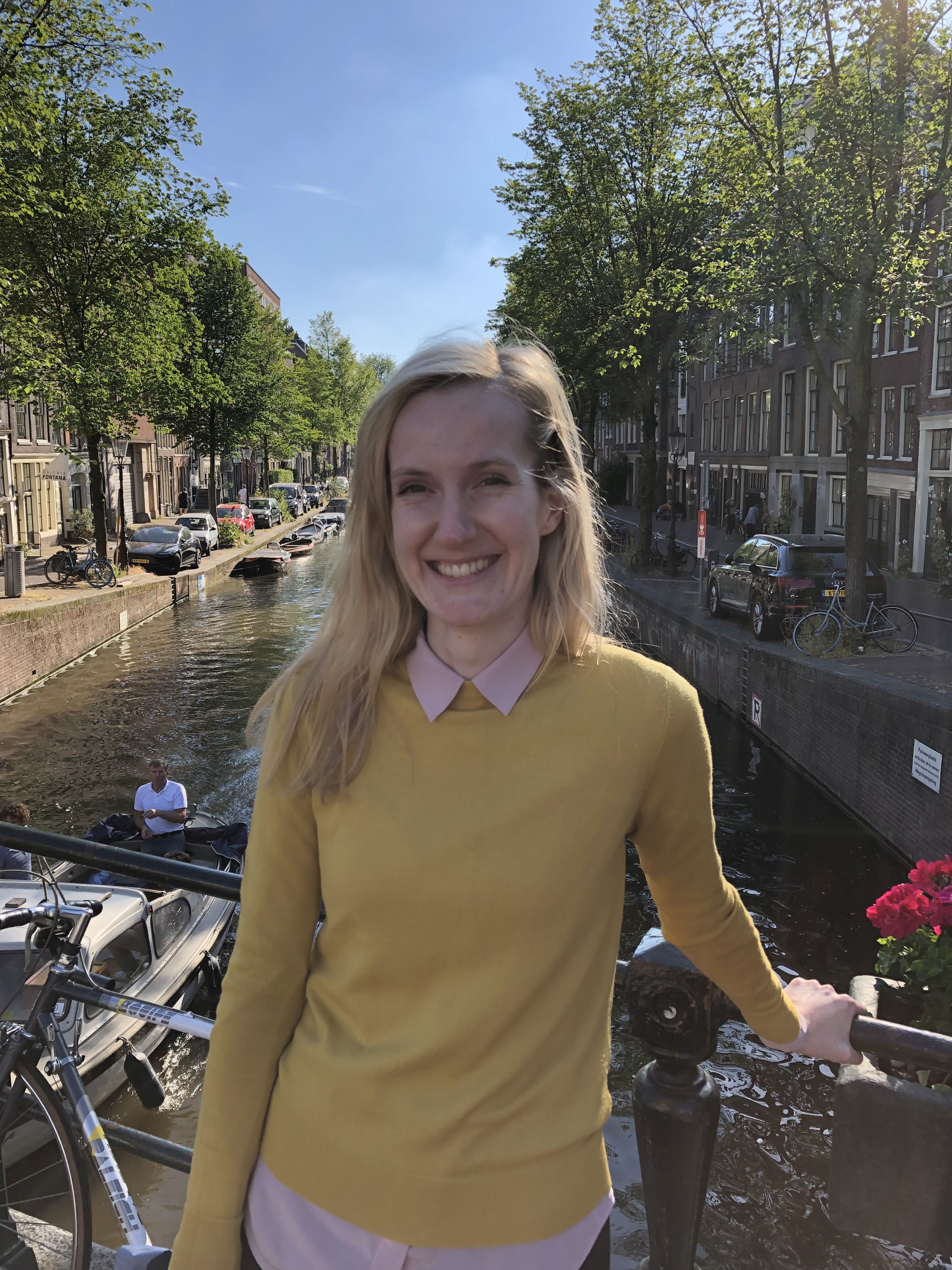 Kateřino, you studied at the University of Cambridge. What specifically did you do at what college? How would you evaluate the study there, what did you like here and, conversely, was there something that was significantly better at the IES?

Already during my studies at the IES I knew that I also wanted to spend some time studying abroad. After completing my Master’s degree at the IES, I therefore happily accepted a place at the Darwin college of the University of Cambridge, where I did a Master’s degree in Economics. In terms of the content of the studies, I’d say the IES and Cambridge were quite comparable, both offer very high quality courses. Particularly the “foundation” courses, such as Micro- and Macroeconomics or Econometrics were rather similar. One thing that I did find better at the IES was the support one gets while writing the diploma thesis. At least in my experience, I only got few chances to meet with my supervisor to discuss the thesis, while at the IES I was in regular contact with the supervisor and he was always happy to meet whenever I needed guidance.

What was definitely different in Cambridge was the college life which obviously doesn’t exist in the Czech Republic. That’s what I also enjoyed about studying in Cambridge the most. At the college, you get a chance to meet people that study completely different topics, from Biology to History of Music, which makes the whole experience even more interesting.

Do you have also comparison with studying in Amsterdam, which school did you like the most?

I studied at the University of Amsterdam as part of the Erasmus programme only for five months, which was a bit different than being there as a regular student for the whole Master’s degree. In Amsterdam, I deliberately chose courses that were somehow different from the courses I attended at the IES, they were much more business-focused, so I can’t compare them directly. Almost all of the courses I studied there put a very high importance to teamwork and group assignments, even much more than at the IES. Since I was usually the only Erasmus student in the class, in this way I got to meet a lot of Dutch students, which was obviously super nice to get to know the culture. I have enjoyed coming back to Amsterdam ever since, which I was able to do regularly thanks to my job in the ECB banking supervision before the pandemic put all business travel to a halt.

You spent three years in the ECB graduate program. Was it difficult to get into the program? What did recruitment to such an institution look like?

Getting into the ECB Graduate Programme can indeed be quite a challenge. For illustration, the year when I got into the programme (2014) there were 10 positions offered and over a thousand applicants. Currently the ECB accepts slightly more people (15-20 every year) into the programme, however the amount of applicants stays very high. This is in my view understandable because the Graduate Programme offers one of the best opportunities to start a career in the ECB and get to know its numerous business areas.

The ECB has a standardised recruitment process that consists of a number of stages, depending on the position one is applying for. The initial assessment exercises are usually done online (such as remote written exercises, psychometric tests or pre-recorded video interviews). If the candidate is successful, she gets invited to the interview stage with a selection committee, which may also involve giving a presentation. The recruitment process could take several weeks or even months.

How do you enjoy you life in Germany, is the German mentality close to you, or did you have to adapt a lot? Do you see your future here?

My husband sometimes jokes that I feel right at home in Germany because I’m a stereotypical German myself. I don’t think I had to adapt very much, compared with for example England where I had lived for a year before coming to Germany, the country really doesn’t feel very foreign. I recognise many similarities between the German and Czech way of living and culture in general. The only cultural shock I suffered after moving to Germany was realising that German trains don’t always run on time. :)
I can definitely imagine spending a couple more years in Frankfurt, although I currently work from Prague because most ECB staff has been working from home since mid-March due to the Covid-19 pandemic and my husband and I decided to be together in Prague for the time being.

What about your hobbies, can you say that when working at the ECB that you have a work-life balance? What do you enjoy doing in your free time?

Definitely, the ECB cares quite a lot about the wellbeing of its employees. I have also so far been very lucky to work with managers who recognise the importance of having a life outside the ECB as well. There are of course periods that are more challenging, currently a lot of ECB staff is kept very busy by dealing with the impact of the Covid-19 pandemic on the economy and the banking system, however I’d say that’s normal in every job.

I’ve always enjoyed doing all sorts of sports (the more it involves mountains, the better), baking and recently I’ve become a big houseplant enthusiast. Apart from that, one of the perks of working for the ECB banking supervision is the chance to travel all around Europe, which I also enjoy a lot.