Goran Sedarević was born in Sarajevo, Bosnia and Herzegovina, but has lived in the Czech Republic since 1992. He finished his studies at the IES with a PhD in 2017. In addition to his master’s degree at the IES, he also completed his master's degree at the University of Munich. Already during his studies, he gained work experience, passed an internship at the Central Bank of Bosnia and Herzegovina, and later worked in analytical positions at McKinsey and EEIP. In 2010, he joined Frontier Economics in London, where he has been working ever since. He is currently based in Prague and in his spare time, he enjoys spending it with his wife and two sons, playing sports and music. 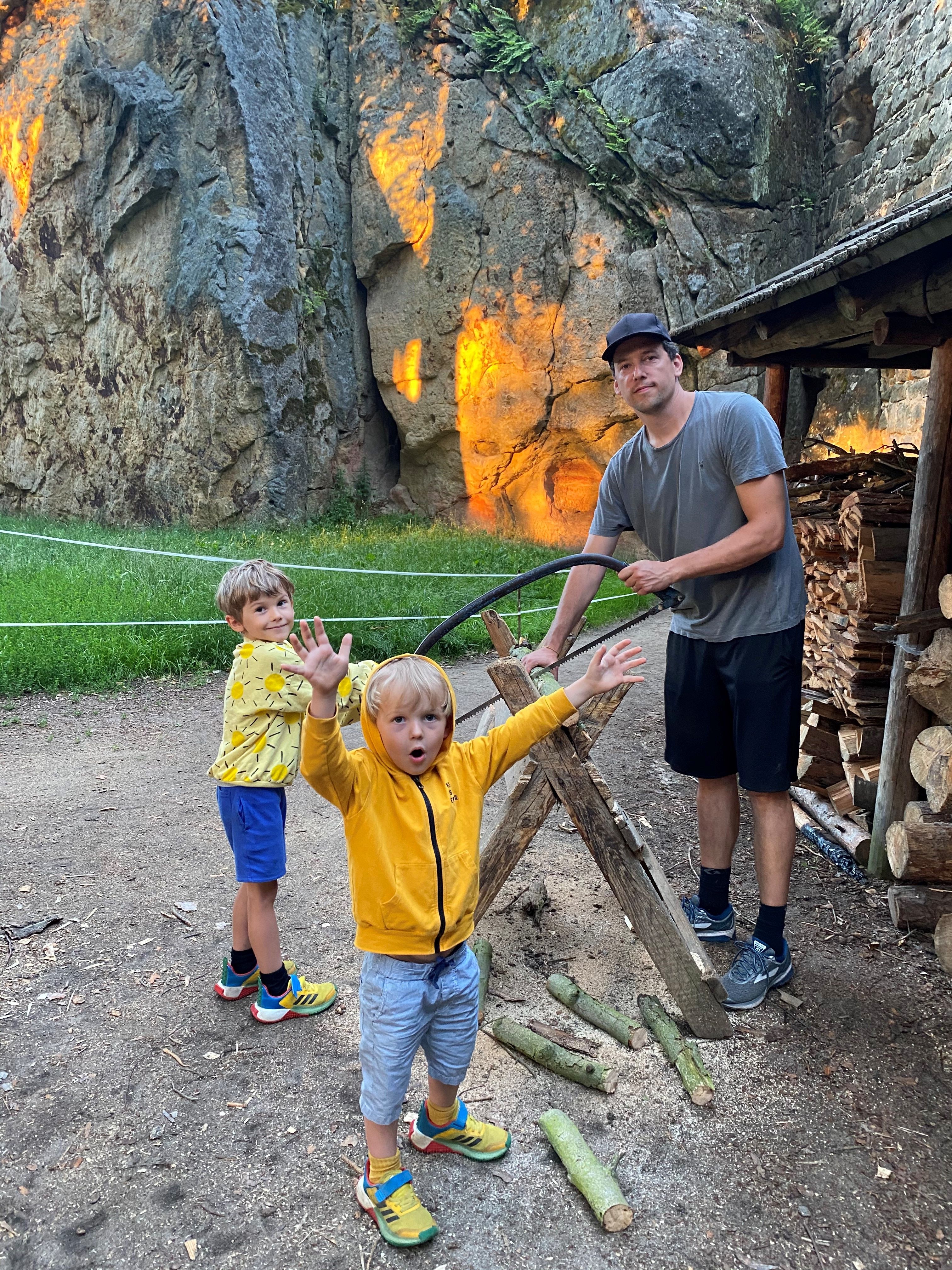 Goran, how do you asses your studies at the IES in retrospect? You also studied in Munich, what would you transfer from one university to another? What did you like most about studying abroad?

This is an easy one. IES prepared me well for my consulting career at Frontier Economics, one of the leading economic consultancies. The IES gave me a network of interesting and highly successful colleagues, many of which I can call friends. One of them is Stepan Minarik, who introduced me to his sister, with whom I have been together since my first semesters and we are now happily married and have two boys age 4 and 6. So yes, everything good that happened in my life is in one way or another connected with the IES.

I enjoyed studying in Munich and ended up finishing my master’s degree there (in addition to the one from the IES). I think the main difference was that there were fewer exams, with basically only one attempt and students took their exams super seriously. I liked the fact that I could focus on a smaller number of subjects. What I missed was the relaxed atmosphere and collaborative approach I was used to at the IES. And it was comforting to see that the IES prepared us well: all of us from the IES were able to keep up with the ‘locals’ at one of the top economics programs in Europe – it was definitely a big confidence boost for me!

You did an internship at the Central Bank of Bosnia and Herzegovina. How did you get this specific internship and what specifically does a student on such position „get in touch"?

This goes back to my Balkan roots, as my family was forced to escape Sarajevo during the Bosnian war in 1992. Therefore, I was always fascinated by the post-war transformation of the Bosnian economy.

I used my bachelor thesis as an excuse to learn more about monetary economics and wrote about ‘currency board’ regime, which was at the time implemented in Bosnia – put simply it was a clever way for the Bosnian economy to accept Euro as a currency without having to completely give up all the benefits of having a national currency. It was a real privilege to work with Tomas Holub from the Czech National Bank and Fikret Causevic from the Faculty of Economics in Sarajevo and I learned a lot from them while writing my thesis.

Given that I used to spend most of my summers in Sarajevo and the topic of my bachelor thesis, applying for a summer internship at the bank’s economic research department was not too difficult. I enjoyed it, but found that work in the bank did not suit me, I felt the environment was quite slow paced and very formal. Still, it was great to learn early on what I don’t want to do professionally and start exploring other areas.

Did you have experience in various "consultancies", through EEIP, McKinsey, until you landed at Frontier Economics? What do you enjoy most about your current company? Can you note the differences from firm to firm, or is it the same?

Economic consulting was not something I came across before moving to London in 2010. But in the United Kingdom this is a large and vibrant industry which attracts economic graduates from the top UK universities such as Oxford, Cambridge or LSE.

I think one way of describing economic consulting is as a ‘halfway house’between management consulting and working in academia. You get to work in a dynamic environment and solve real life client problems, while applying economic theory and rigorous analytical techniques. I think it is one of the rare fields where you regularly come across game theory, behavioural economics and econometrics in your every day project assignments.

So for people who enjoyed these subjects at the university, economic consulting may be the right career choice, and I would recommend exploring this option further. Once you decide to go into economic consulting, Frontier Economics is probably the best place to start your career, in my (slightly biased) opinion.

At Frontier Economics, you have worked your way up from a line consultant, to manager, to associate director. What is currently "your daily bread"? Do you mainly manage people, or are you more responsible for management within individual projects? In your opinion, is this an appropriate career path for an IES graduate?

I have spent more than a decade at Frontier Economics. In that time Frontier has grown into one of the largest economic consultancies in Europe, but it still remains quite a unique place to work. It is employee owned, which means that all the profits are shared among us and every single employee is a shareholder with voting rights. All important decisions about the future of the company have to be reached through consensus and supported by the majority of votes. We don’t have a CEO or a managing partner – it makes things less efficient sometimes, but it creates a healthy environment where everyone takes responsibility for making their firm function better.
There is also a lot of emphasis on personal development and learning. Frontier has multiple practices / teams with different focus such as Telecoms, Strategy, Energy Competition or Public Policy. As an analyst one rotates through different teams before committing to one or two areas where they further develop their expertise as consultants (and later on managers and directors.)
For me, the focus has been on the Telecoms and Digital sectors, where I typically work on 3-4 projects simultaneously with teams of various sizes. My daily job is a mix of client handling, developing economic frameworks and setting up required analysis, managing teams and writing expert reports. Every project is different and I still find the work entertaining and fulfilling.

Do you live half in London and half in Prague? How do you manage this?

I joined Frontier in March 2010 and I lived in London with my wife Anna until 2015, when we relocated back to Prague and started our family here. Frontier was supportive of my choice to relocate and we agreed to try out a ‘commuting’ arrangement where I would come to London on a regular basis, first on a weekly basis and then gradually less frequently as I started working increasingly with local clients in the Czech Republic, Slovakia and other countries in the region.
Covid-19 obviously changed everything and the whole firm had to switch to remote working for the majority of the last year. But it was overall a positive experience as it showed that it can be done and we are now moving into a new regime where teams are expected to work more flexibly from different locations and not come to the office every day. So it turns out that I was an early adopter of the post-covid working regime.

And how was the lockdown period, is it possible to work in a UK based company even if you are in the Czech Republic?

It was definitely manageable, but after more than a year of working from home, I look forward to coming back to office on a regular basis! We are also looking into renting some shared-office space locally, where I can work when in Prague and which I can also share with my future Czech colleagues.

What do you do in you free time, what makes you happy the most?

Midlife crisis basketball, playing guitar and spending time with my two most demanding clients, i.e. my sons Eduard and Ota.