Benedikt Kotmel comes from Prague and graduated from the IES in 2014 with the Bachelor's degree. Early on in his studies he worked for a year as a manager at GfK, a market research company. In 2012, he joined Deepview as an IT analyst, where he spent more than two years. In 2014, he then tried to work as a business analyst for Accenture, but after a few months he joined the Ministry of Finance, where he spent more than three years working on open data, transparency and public procurement systems. In 2017, Ben joined Operator ICT where he leads the Golemio Data Platform department. He is thus dedicated to data, innovation and smart solutions tailored to Prague. In his free time, he likes to travel, enjoys mountains in winter and summer, music, but also cooking. 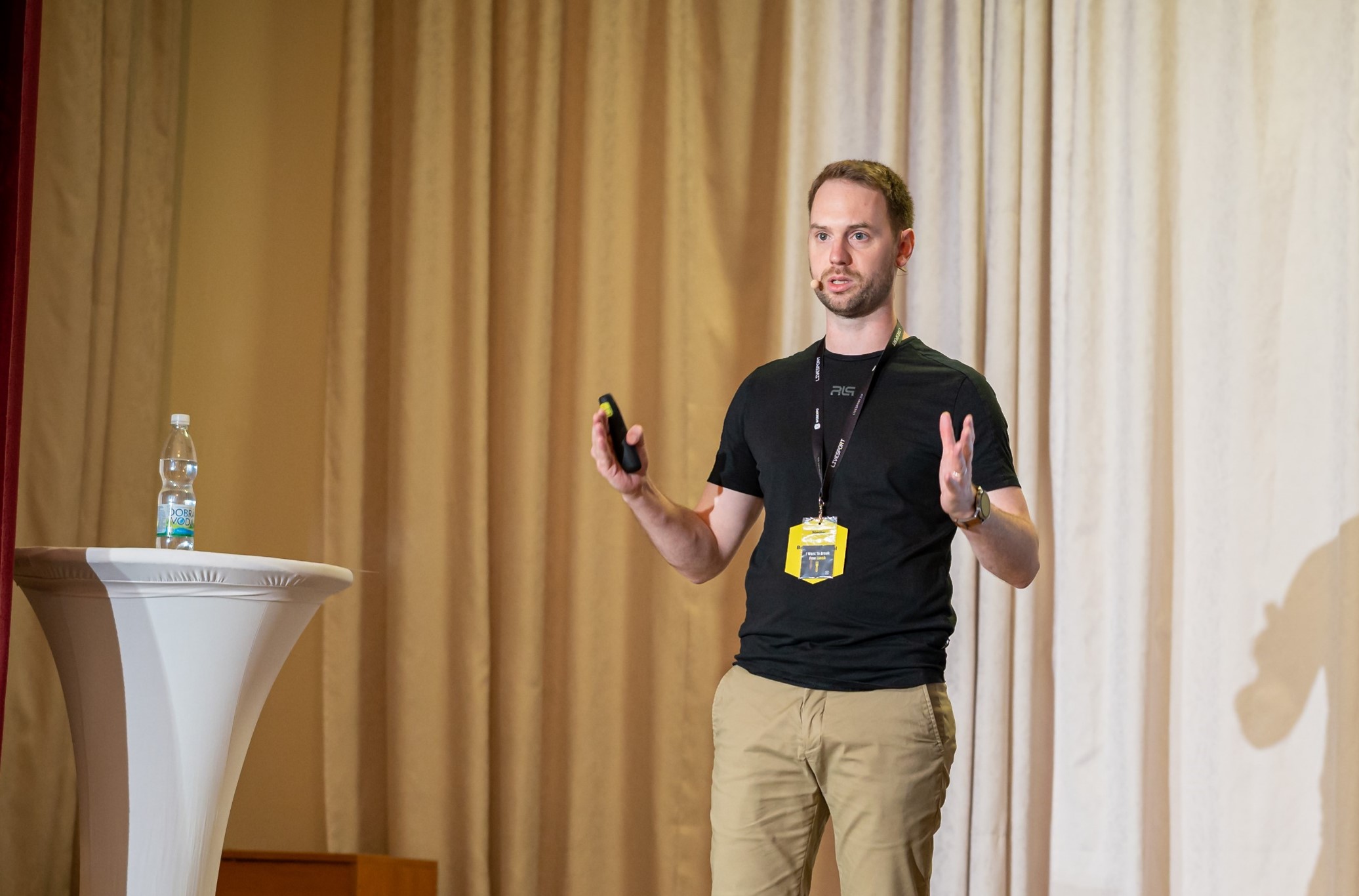 Ben, how do you perceive your studies at the IES in retrospect? What did the school give you the most?

Definitely friends and connections. Knowledge, experience and some framework for analytical thinking too, but for me the contacts are the most important, also because I wasn't the best student.

Did you start to move towards IT career at the IES, if yes, what led you in this direction?

I was working in consulting while studying, which was focused on management & IT in public administration. So it wasn't purely IT. You can't run any organisation today without IT knowledge and if you are advising on the management of organisations in general, IT always has to be one angle of view, just like finance for example. I think that the combination of technical and non-technical fields, on the other hand, is very suitable for the „IESers“ and that's where they quite excel. I've gradually moved more into data and more technical projects, but I'm still not a developer and I've never really been a data analyst. I'm mainly involved in bridging the IT world and the reality of managing organizations in public administration and leading product and analytics teams. And that, on the other hand, is quite fitting for an IES graduate.

You are currently working at Operátor ICT, a company owned by the City of Prague. The company deals with the digitalization of cities – the so-called "smart city". What are the latest trends in this area? Is there anything interesting that you are working on right now that you would like to highlight?

The trend of the last decade is to try to use data as wisely as possible for city management. A lot of money is being invested in it, but few cities are clear on what it actually means and it's still very fresh. Prague is one of the world leaders in this area thanks to our Golemio project. We process data for Prague from dozens of different areas such as public transport, car and pedestrian transport, finance, development, energy, sensors, covid, sharing economy and many more. Our analysis and data is used by a large part of the city's leadership, including the Mayor and the entire Prague City Council.

Data and IT in general has been around for a long time, it's not that new. What makes our project unique is that for the first time ever, the city has managed to create such a strong and progressive internal team of analysts and developers working directly for the city and collecting data on the spot.

You are the head of the data platform department now. What do we mean by that?

The Golemio data platform is primarily a team of people consisting of data analysts, consultants and developers who process data for the city. We do analytics, simulations, business intelligence, reporting, visualizations, data cleansing, etc. for the city. We also have outputs for the public, such as https://pragozor.cz/, https://www.covid.praha.eu/, https://ockovani.praha.eu/ or you can find out all the information about the project at https://golemio.cz/.

I've been in charge of the project since the very beginning and at the moment I have three departments under me, about 25 people in total, and the main things I'm in charge of are making sure that the project is funded and meaningful, that is, that we are working on the best possible projects that really help Prague. So I'm mainly dealing with politicians and city management.

Since you have a lot of people from the IES in your company, do you have an overview of how students behave today and how you know them from your studies? Is it dramatically different, are they more adventurous, more ambitious, do they have a better overview? On the other hand, what are they lacking and what would you recommend students to work on?

Well I feel like it's changed a lot in the last 5 years. I work with a few graduates, but I also help out with the seminar at the IES, where we always dedicate one lesson to the career and describe which job opportunities for the IES graduates actually are.

I feel that they are much more "pumped up", have more insight and are more focused on more technical and specific areas. There is definitely more demand for data analysis and programming, and the IES is responding to that with new courses, and I think that's very good. During our studies we were much closer to economics and maybe politics and sociology, but it's possible that this is some kind of cognitive bias on my part.
I would recommend and encourage students to not just think about what is taught at the IES but to think about what they would like to do and supplement their curriculum with other activities accordingly. Everyone has a different set up and if someone wants to do risk management or finance, for example, and has no ambition to manage people or projects, then he will be happy to do only Master's degree and do nothing else. If someone has ambitions to be a manager, he or she should spend a lot of time developing relationships, spending more time with classmates or trying out some internships during their studies. Or, if he or she wants to be a data analyst, he or she should support his or her knowledge of specific programming languages, such as Python or SQL.

What do you do in your free time, do you have any summer plans for example?

I like music, I play the piano and sometimes I play with a band. But the biggest relaxation for me is holidays in the mountains. In the winter on skis and in the summer on some hikes. This year, for example, my wife and I are going to Kyrgysztan for 14 days to the mountains, where we'll be hiking and sleeping in the wild, and that's an absolutely perfect holiday for me. Then I also like mushroom picking and cooking.